Well, the first thing I should say is that you shouldn't really try laying a teak deck when you have bursitis of the knee.  The second thing is, resign yourself to it taking a long time, especially if you do happen to have bursitis!  However, I've been asking a lot of my ageing body, so can't really complain if it protests occasionally.  It is slowly improving and would no doubt improve a great deal more if I didn't spend all day climbing up and down ladders, steps and stairs and trying not to kneel on it.

While the covering boards were getting used to the idea of bending, I tackled the front of the cabin. 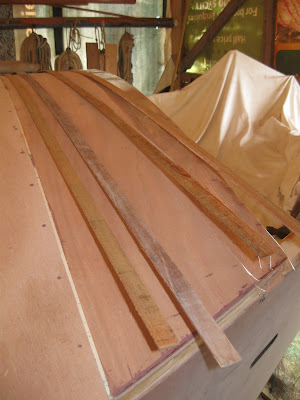 I decided to laminate up this time and found some very thin pieces of teak that would be unsuitable for the deck, but were ideal for this job.  They flopped very nicely into place. 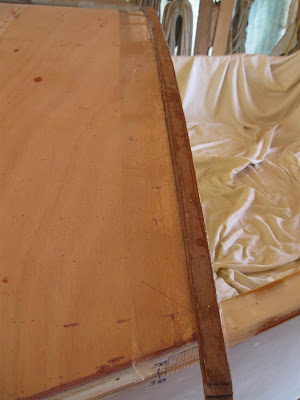 I laid down clear plastic tape and used the deck itself as a former. 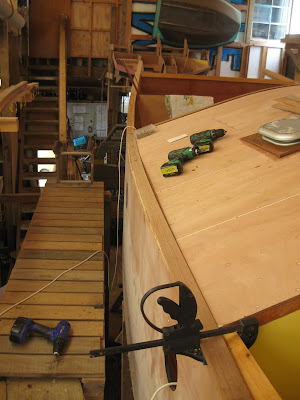 While the glue was going off, I persuaded the covering boards abaft the bilgeboard cases into place and screwed them down.  I won't glue them until the end, because I think it will be easier to fit the final pieces of teak without them permanently in place. 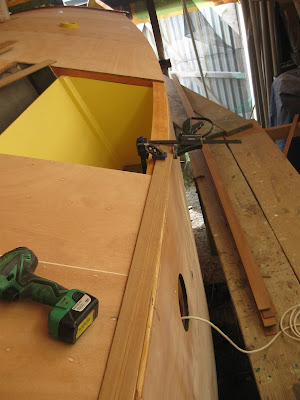 In spite of being relatively narrow and thin, and in spite of having been bent at a greater degree for several days, they were somewhat reluctant to do as they were bid.  I hope that by the time I come to glue them down they will have finally got the idea. 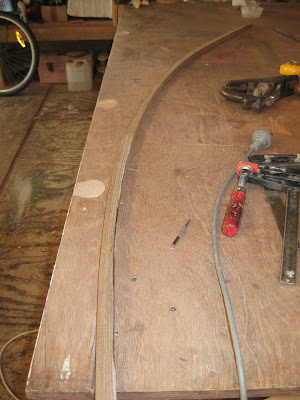 With the forward trim glued up, I planed it flat on each side and tidied it up top and bottom. 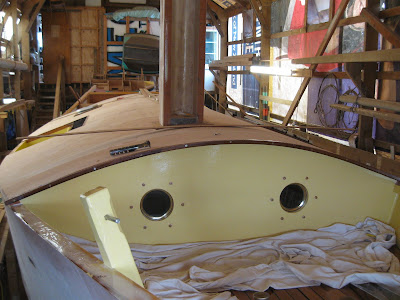 It screwed and glued into place very nicely and with a coat of epoxy to protect it for the duration, finished off the cabin front attractively. 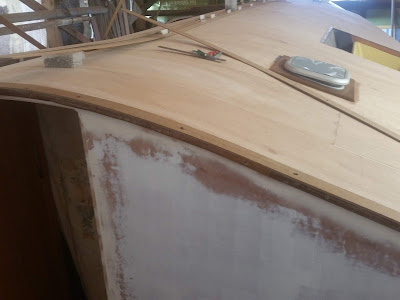 The after one was sanded smooth and the covering board screwed into place and then glued down. 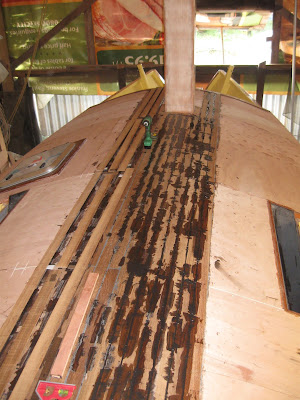 Then I started laying the decks.  I forgot to take any photos for the first few planks, probably because I was so excited to be using this teak at last. 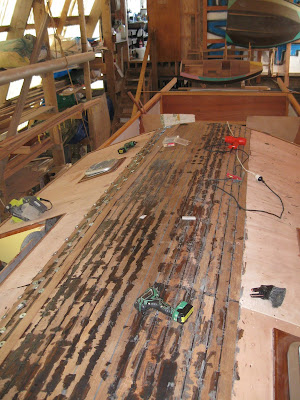 It's hard to believe, at this stage, that I will end up with a beautiful teak deck.  The black glue makes a terrible mess. 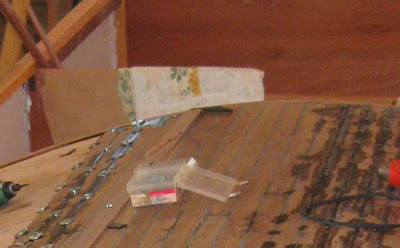 However, for the sake of morale I have cleaned up an area of it as can be seen in this enlargement from the above photo.  It will look pretty splendid when it's all done, I think!

Posted by Annie Hill at 4:58 pm No comments: